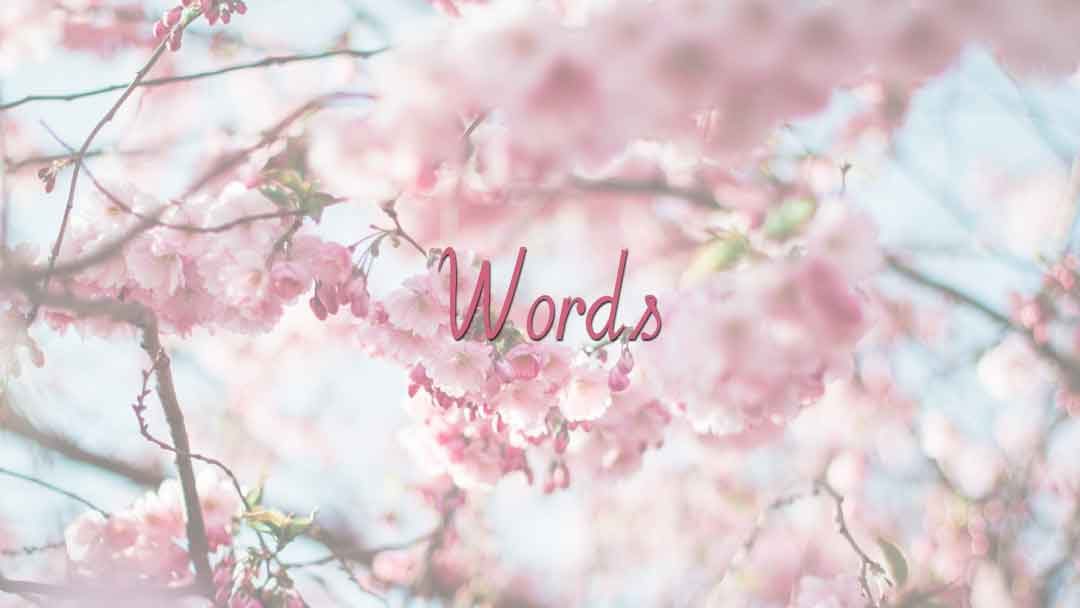 There is GREAT power in the words we speak.  Most people do not realize how powerful the words are we speak from our mouth.  They can bring a happy smile to a sad and lonely face or they can bring  fear and hurt to someone.  Learning how to speak and what you speak is the most important thing that will change not only your life, but quite possibly the lives of others.  Our words can encourage each other or they can be crush the hopes and dreams of those we love.

Hebrews 11:3 (ESV) – By faith we understand that the universe was created by the word of God, so that what is seen was not made out of things that are visible.

Hebrews 4:12 (ESV) – For the word of God is living and active, sharper than any two-edged sword, piercing to the division of soul and of spirit, of joints and of marrow, and discerning the thoughts and intentions of the heart.

2 Timothy 3:16-17 (ESV) – All Scripture is breathed out by God and profitable for teaching, for reproof, for correction, and for training in righteousness, that the man of God may be competent, equipped for every good work.

Revelation 11:3 (ESV) – And I will grant authority to my two witnesses, and they will prophesy for 1,260 days, clothed in sackcloth.”

Revelation 12:3 (ESV) – And another sign appeared in heaven: behold, a great red dragon, with seven heads and ten horns, and on his heads seven diadems.

2 Peter 1:20-21 (ESV) – Knowing this first of all, that no prophecy of Scripture comes from someone’s own interpretation. For no prophecy was ever produced by the will of man, but men spoke from God as they were carried along by the Holy Spirit.

Luke 16:19-31 (ESV) – “There was a rich man who was clothed in purple and fine linen and who feasted sumptuously every day. And at his gate was laid a poor man named Lazarus, covered with sores, who desired to be fed with what fell from the rich man’s table. Moreover, even the dogs came and licked his sores. The poor man died and was carried by the angels to Abraham’s side. The rich man also died and was buried, and in Hades, being in torment, he lifted up his eyes and saw Abraham far off and Lazarus at his side.

Mark 13:12 (ESV) – And brother will deliver brother over to death, and the father his child, and children will rise against parents and have them put to death.

Revelation 11:2 (ESV) – But do not measure the court outside the temple; leave that out, for it is given over to the nations, and they will trample the holy city for forty-two months.

Mark 13:9 (ESV) – “But be on your guard. For they will deliver you over to councils, and you will be beaten in synagogues, and you will stand before governors and kings for my sake, to bear witness before them”.

Job 26:7 (ESV) – He stretches out the north over the void and hangs the earth on nothing.

Revelation 22:16 (ESV) – “I, Jesus, have sent my angel to testify to you about these things for the churches. I am the root and the descendant of David, the bright morning star.”

Revelation 20:4 (ESV) – Then I saw thrones, and seated on them were those to whom the authority to judge was committed. Also I saw the souls of those who had been beheaded for the testimony of Jesus and for the word of God, and those who had not worshiped the beast or its image and had not received its mark on their foreheads or their hands. They came to life and reigned with Christ for a thousand years.

Revelation 20:2-5 (ESV) – And he seized the dragon, that ancient serpent, who is the devil and Satan, and bound him for a thousand years, and threw him into the pit, and shut it and sealed it over him, so that he might not deceive the nations any longer, until the thousand years were ended. After that he must be released for a little while. Then I saw thrones, and seated on them were those to whom the authority to judge was committed. Also I saw the souls of those who had been beheaded for the testimony of Jesus and for the word of God, and those who had not worshiped the beast or its image and had not received its mark on their foreheads or their hands. They came to life and reigned with Christ for a thousand years. The rest of the dead did not come to life until the thousand years were ended. This is the first resurrection.

Revelation 9:5 (ESV) – They were allowed to torment them for five months, but not to kill them, and their torment was like the torment of a scorpion when it stings someone.

1 Corinthians 15:52 (ESV) – In a moment, in the twinkling of an eye, at the last trumpet. For the trumpet will sound, and the dead will be raised imperishable, and we shall be changed.

Acts 2:38 (ESV) – And Peter said to them, “Repent and be baptized every one of you in the name of Jesus Christ for the forgiveness of your sins, and you will receive the gift of the Holy Spirit.

1 John 1:9 (ESV) – If we confess our sins, he is faithful and just to forgive us our sins and to cleanse us from all unrighteousness.

2 Timothy 3:16 (ESV) – All Scripture is breathed out by God and profitable for teaching, for reproof, for correction, and for training in righteousness,

1 Timothy 2:11-15 (ESV) – Let a woman learn quietly with all submissiveness. I do not permit a woman to teach or to exercise authority over a man; rather, she is to remain quiet. For Adam was formed first, then Eve; and Adam was not deceived, but the woman was deceived and became a transgressor. Yet she will be saved through childbearing—if they continue in faith and love and holiness, with self-control.

Ephesians 5:1 (ESV) – Therefore be imitators of God, as beloved children.

Jeremiah 5:30-31 (ESV) – An appalling and horrible thing has happened in the land: the prophets prophesy falsely, and the priests rule at their direction; my people love to have it so, but what will you do when the end comes?

Genesis 3:1 (ESV) – Now the serpent was more crafty than any other beast of the field that the Lord God had made. He said to the woman, “Did God actually say, ‘You shall not eat of any tree in the garden’?”

1 Peter 4:11 (ESV) – Whoever speaks, as one who speaks oracles of God; whoever serves, as one who serves by the strength that God supplies—in order that in everything God may be glorified through Jesus Christ. To him belong glory and dominion forever and ever. Amen.

John 3:1 (ESV) – Now there was a man of the Pharisees named Nicodemus, a ruler of the Jews.

Luke 21:16 (ESV) – You will be delivered up even by parents and brothers and relatives and friends, and some of you they will put to death.

Revelation 13:1-18 (ESV) – And I saw a beast rising out of the sea, with ten horns and seven heads, with ten diadems on its horns and blasphemous names on its heads. And the beast that I saw was like a leopard; its feet were like a bear’s, and its mouth was like a lion’s mouth. And to it the dragon gave his power and his throne and great authority. One of its heads seemed to have a mortal wound, but its mortal wound was healed, and the whole earth marveled as they followed the beast. And they worshiped the dragon, for he had given his authority to the beast, and they worshiped the beast, saying, “Who is like the beast, and who can fight against it?” And the beast was given a mouth uttering haughty and blasphemous words, and it was allowed to exercise authority for forty-two months.

Hebrews 2:14 (ESV) – Since therefore the children share in flesh and blood, he himself likewise partook of the same things, that through death he might destroy the one who has the power of death, that is, the devil,