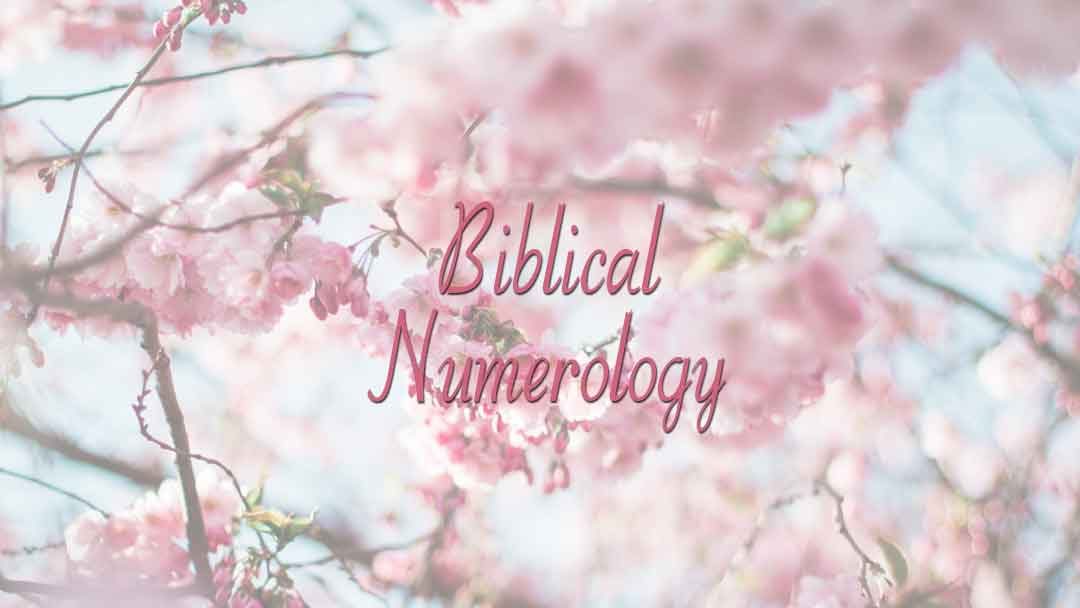 In high school and college I loved math. I guess that is why I have always been intrigued with “numbers” in the Bible. Let me be reading scripture in the bible and some number click in my brain and I’ll be off on a tangent doing research on that particular number throughout the Bible for hours. The Bible uses numbers in patterns. Studying individual numbers in Scripture is called Bible Numerology. In the listings below I have in no way covered all the verses/times in the Bible you will find the number. I have just hit some major highlights.

The number “Two” is the number of division or union (marriage of man and woman). It is the verification of facts by witnesses.   In the Bible we find two testaments: Old and New. Matthew 12:32 talks about two ages (this age and the age to come).

Revelation 21:8 talks about the second death. Two great lights of creation are found in Genesis 1:16. The ark was guarded by two cherubim in Exodus 25:22. Jesus sends the disciples out two by two in Luke 10:1 ESV.

The Bible is full of events that happened on the “third day”. In Matthew 12:40 Jonah spent three days and three nights in the belly of a whale. The universe is made up of three qualities: Time, Space, and Matter. Within “Time” is past, present, and future. Within “Space” is height, depth, and width. Within “Matter” is solid, liquid and gas. Man is made up of body, soul, and spirit.

Before his arrest, in the Garden of Gethsemane, Jesus prayed a total of three times. The time when Jesus was placed on the cross was the third hour (9 am) and died on the ninth hour (3 pm). While Jesus was suffering His death on the cross, there were three hours of darkness covering the land. Jesus was dead for three full days and nights before His resurrection.

The Testimony Concerning the Son of God in 1 John 5:6-8 talks about the three that agree. The Temple and the Tabernacle consisted of three parts: The Court, the Holy Place, and the Sanctuary.

Jesus is referred to as three different Shepherds: (1) The Chief Shepherd in 1 Peter 5:4 ESV, ”And when the chief Shepherd appears, you will receive the unfading crown of glory.”, (2) The Good Shepherd in John 10:14-15.

In Matthew 17: 1-1 ESV we find only three people who Jesus took up on Mount Hermon for His transfiguration: Peter, James, and John. God gave Jacob (Israel) three gifts: His law, the land of their inheritance, and their calling. There are only three angels mentioned in all the Bible: Gabriel, Michael, and Lucifer.

In the Bible the number four relates to the earth. In Genesis 1:14-19 we find on the fourth day of creation God created not only the four seasons(spring, summer, fall, and winter), but also the four directions (north, south, east, and west). The Bible only mentions the name “Eve” four times: Genesis 3:20, Genesis 4:1, 2 Corinthians 11:3, and 1 Timothy 2:13.

In the New Testament there are four gospels on the accounts of Jesus’ life and ministry: Matthew (main focus on Jesus being the son of David and King of the Jews), Mark (describes the suffering servant and Jesus’ ministry), Luke (Jesus as the perfect man), and John (proclaiming Jesus as the One and Only Son of God).

The number five is the number of God’s “grace” and is mentioned 318 times in the Bible. In Leviticus 1-5 there are five Levitical offerings and in Matthew 14:17 Jesus multiplied five loaves of barley to feed five-thousand.

The Book of Psalms is divided into five major sections:

The number six is the number of man, human weakness, the evils of Satan and the manifestation of sin. God created man on the 6th day, Genesis 1:24-31. God gives man six days to labor and to rest on the seventh, Genesis 2:1-3. The number six is associated with Satan when he tempted Jesus. Three consecutive 6’s (666) is the number and mark of the Beast in Revelation 13:18.

The number seven refers to God. It’s the number for spiritual perfection or completeness. The week is made up of seven days and the seventh day is God’s Sabbath. In the Bible it mentions:

In the Old Testament there are seven men who were specifically mentioned as a “man of God”: Moses, David, Samuel, Shemaiah, Elijah, Elisha, and Igdaliah.

Originally the Bible was divided into seven major topics: The Law, The Prophets, The Writings, The Gospels, The General Epistles, The Epistles of Paul and The Book of Revelation.

The Sabbath Year is the seventh year. In Leviticus 25: 1-7 God tells Moses that for six years they could sow the field, prune the vineyard and gather their fruit but on the seventh year they are to let the land rest.

Seven times seven is forty-nine, which is the total number of originally inspired books demonstrating the absolute perfection of the Word of God.

The number nine is found 49 times in Scripture and symbolizes divine completeness and conveys the meaning of finality.

On the ninth hour (3:00 PM) of the day Christ died on the cross making the way of salvation to everyone.

Yom Kippur, the Day of Atonement, is considered by Jews to be the holiest of God’s annual Feast days of worship and begins at sunset on the ninth day of the seventh Hebrew month.

The first recorded Gentile to convert to Christianity (Acts 10) was Cornelius, a Roman Centurion. He was told, in a vision, at the ninth hour of the day to contact the apostle Peter.

In Exodus 12:3 on the tenth day the men of Israel would select the Passover lamb. Ten times in the Bible the phrase “God said” can be found and God gave the Ten Commandments to man. A tenth of our earnings, the tithe, is to be given back to God as a testimony of our faith in God, Leviticus 27:30.

The first beast of Revelation 13 and Revelation 17 has ten horns and ten diadems on its horns.

Before the great flood the Bible talks about ten generations of man living on the earth: Adam, Seth, Enos, Cainan, Mahalelell, Jared, Enoch, Methusaleh, Lamech, and Noah. In 1 Kings 11:31-35 it talks about the ten tribes that make up the northern kingdom.

The number eleven in the Bible usually represents judgment, chaos, and/or disorder. It is the opposite of number ten. Men rebelled against God in Genesis 11 when they built the tower of Babel.

In Revelation 7: 1-8 the twelve tribes of Israel, twelve-thousand from each tribe, will receive salvation here on earth and are given God’s seal on their foreheads for protection from the four angels who had been given authority to harm the earth and sea. These one hundred and forty-four thousand will preach the gospel of God to the lost on earth during the Tribulation.

The number thirteen represents rebellion and lawlessness. Genesis 14:4 talks about rebellion in the thirteenth year. In all rebellion against God we find Satan at the helm. In the Book of Revelation a dragon, the symbol for Satan, is found thirteen times.

In Romans 1:28-32 the apostle Paul gives twenty-three characteristics of sinful people and it’s no coincidence that the thirteenth one is they are haters of God.

The number forty is associated with testing, trials and probation. It’s mentioned 146 times in the Bible.

The Day of Atonement occurs every fifty years, (called The Jubilee year). It’s a time when Jews celebrate deliverance or freedom from a burden. In ancient Israel God commanded that every fiftieth year, on the Day of Atonement, a Jubilee was to be declared by the sound of a trumpet (Leviticus 25).

In the Bible perfect spiritual order carried out with all power is symbolized by the number seventy. It is made up of two perfect numbers: Seven (perfection) and Ten (completeness of God’s Law).

In Numbers 11:16 there were seventy elders appointed to aid Moses. In Exodus 24: 9-11 the seventy Elders along with Moses, Aaron, Nadab, and Abihu went up on Mount Sinai to have a special meal with God.